Rentalworks Group is pleased to announce our latest footprint in the Southeast Asian region. Our foray into the Indonesian market is a testament of our commitment in supporting the growth of business entities (mid-large corporations and SMEs) in this region.

Rentalworks’ integrated IT asset lifecycle management solutions consisting of specially curated device leasing programs enables businesses reduce costs of sourcing, procuring, and managing these devices – so that they can focus on growing their businesses. “We work out the best available tech devices that fit each business requirements at the cost that fits their budget. Our unique lease- to-use approach ensures the process of deployment, maintenance and refresh are all managed throughout by Rentalworks; at the same time ensuring all endpoints are monitored and protected from anywhere, at any time. Esentially think Device as a Service” said Alan Puah, Managing Director of Rentalworks Group. 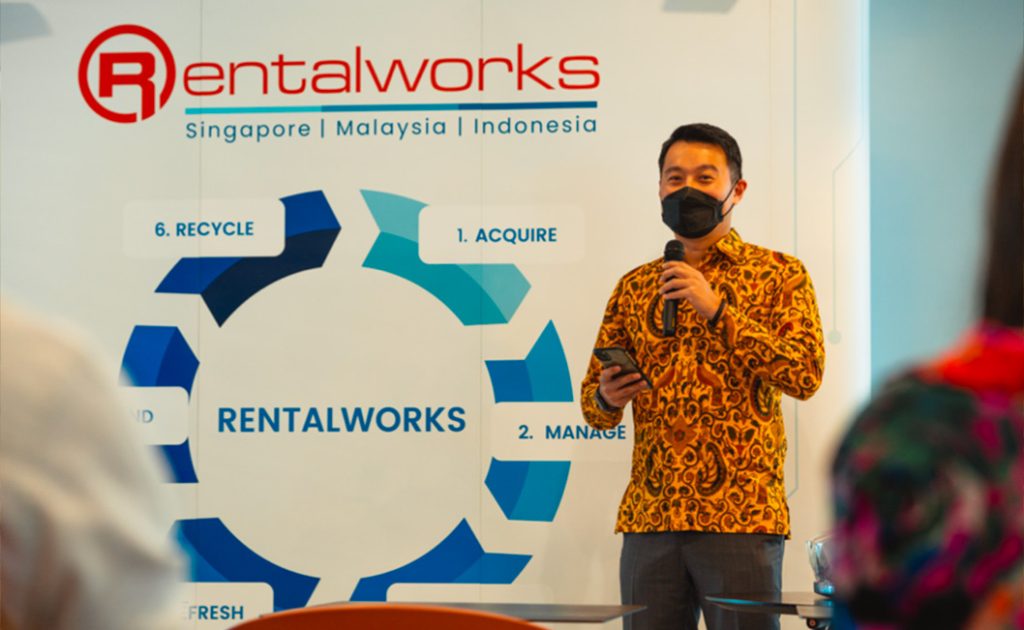 Apart from boosting the cash flow of a business, leasing is a good platform and “well-positioned” to be a front runner to support the growth of a circular economy. Rentalworks Technology Lifecycle Management supports this in that it promotes a business model that allows its customers to have access to IT devices they need to run their business, and with Rentalworks retaining ownership of the assets throughout its lifecycle. Rentalworks takes responsibility for extending its useable life, recovering it for reuse. In doing so, maximizing its economic utility while minimizing environmental impact without creating unnecessary e-waste due to improper disposal. In addition, for devices that have attained its end of life, Rentalworks will recycle the devices responsibly in accordance with local environmental laws. 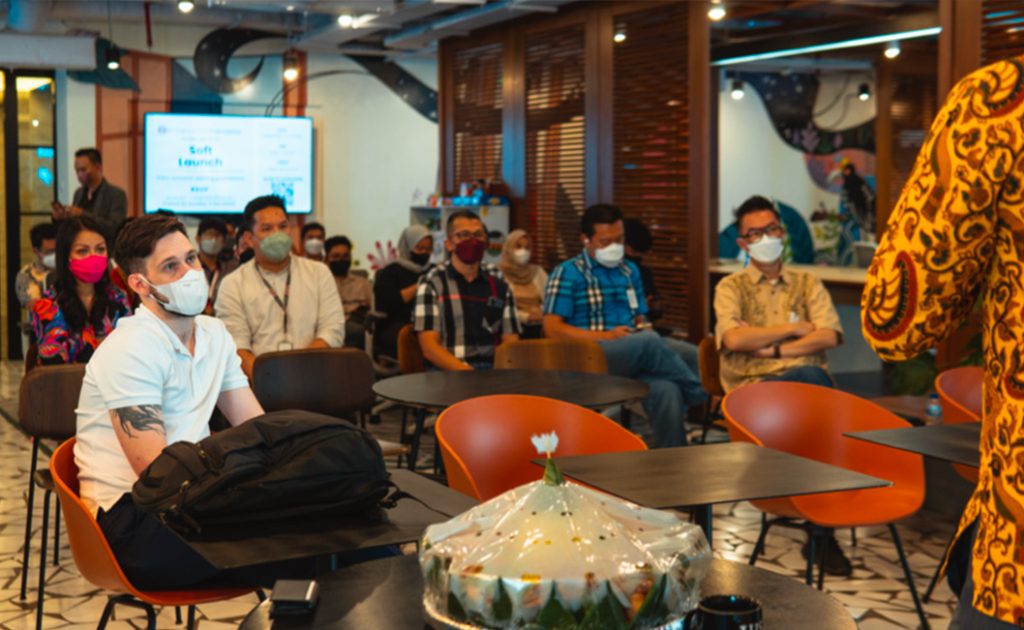 “The presence of Rentalworks Indonesia augurs well with its existing clients in Malaysia and Singapore, likewise Indonesian companies which have regional presence. Businesses can leverage on synergistic benefits derived from regional subscription of our unique leasing solutions.” added Alan. “Within the SME space, currently there are over 62 million SMEs (Small and Medium-sized Enterprises) in the country, which is one SME for every five Indonesians. This is a significant scale that can transform and catapult digitisation initiatives by enabling SMEs with the right IT devices; in efforts to rationalise costs and reduce their carbon footprints”. 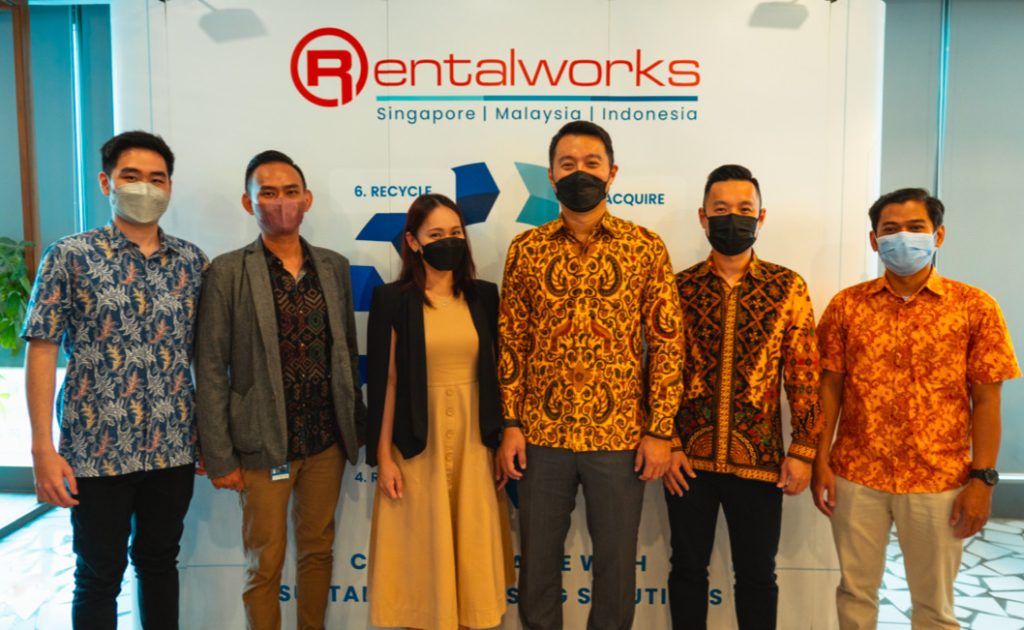 Located at AIA Central, Level 31, Jl Jend. Sudirman Kav 48A, Jakarta Selatan 12930, Rentalworks Indonesia will be helmed by its General Manager, Primawan Badri. Primawan brings with him more than 20 years of leadership role within the tech space. His leadership and stellar achievements in Dell Technologies and Hewlett- Packard as Country Lead/Director and Country Business Lead respectively, added with his vast knowledge of the Indonesian market, augurs well for Rentalworks in its pursuit of penetrating and supporting Indonesian businesses with its sustainable lifecycle technology lifecycle management. 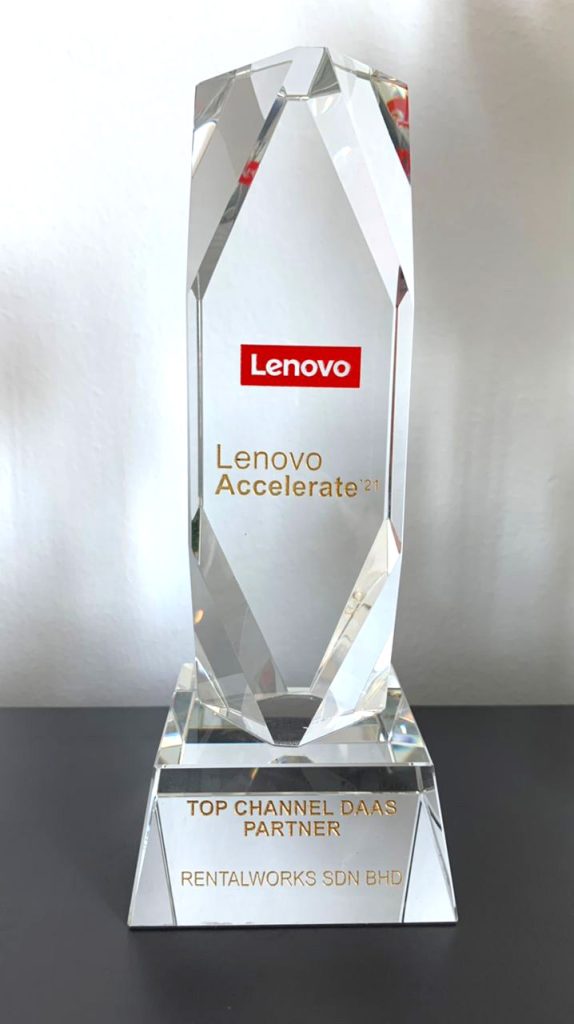 Rentalworks Group is proud to be awarded with the Lenovo Accelerate’21 Top Channel DaaS Partner for the achievements of its Malaysian franchise. The Award is one of the industry’s leading and highly anticipated awards, recognising the achievements of Lenovo’s partners.

“The award is a testament of our resilience, strength and innovation in meeting the needs of Small Medium Businesses particularly in this challenging period”, says Alan Puah, Managing Director of Rentalworks Group. “Our innovative end-to-end IT asset lifecycle management ‘Device- as-a-Service’ ( DaaS ) packaged along with our lease-to-use solutions have enabled many businesses to manage their operating costs and maintain productivity with the latest IT devices”

“In addition, Rentalworks has empowered businesses in embracing a circular economy through the adoption of a DaaS business model” added Alan.

Rentalworks Group is pleased to welcome Renzo Viegas as an Advisor and Shareholder to the Group. Renzo carries with him extensive experience in the financial industry. Started his career with Citibank in 1985 he has progressively made his mark in the financial industry; moving up the corporate echelon holding key leadership roles including regional responsibilities in various Asia Pacific countries. In 2008 he joined RHB Bank Berhad as Director, Retail Banking covering consumer lending and deposits, insurance, hire purchase and SME business banking before assuming a bigger leadership role as Deputy Chief Executive Officer overseeing, Retail & International of RHB Bank Berhad.

Renzo was the Group Deputy Chief Executive Officer of CIMB Group and Executive Director of CIMB Bank from 2012 to 2015 where he was instrumental in the development and transformation of the Group’s Consumer and Commercial banking franchise to be the growth engine for the Group. He was then named CEO of the Group’s Consumer business from 2015 to 2016 following which he was named Advisor to the Group CEO till March 2019. He was pivotal in spearheading the franchise as a regional platform reaping synergies across the Group’s regional footprints.

Renzo was also a board member in CIMB Bank Berhad, CIMB Vietnam and CIMB Cambodia and with Sunlife Malaysia Assurance Berhad and Sunlife Malaysia Takaful Berhad. He presently is an Independent director with Astro Malaysia Holdings Berhad where he is Chairman of the Strategic Business and Transformation Committee as also Chairman of the Audit and Risk Committee and a member of the Nomination/Remuneration Committee. He is also an Independent director in Manulife Holdings Berhad and Manulife Insurance Berhad and is a member of all the board committees. Renzo is also founder and executive director of Crescer Sdn Bhd which is a management consultancy company.

The onboarding of Renzo as Advisor and Shareholder to Rentalworks Group augments the Group’s ambitions and resources to propel further its franchise as a provider of integrated IT Asset Lifecycle Management Solutions along with cost effective leasing and financing plans.

We warmly welcome Renzo on board the team.
Alan Puah
Managing Director